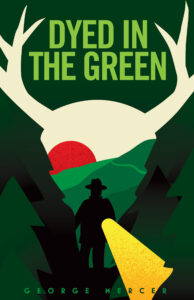 The autumn storms struck early along the shores of northern Cape Breton Island. As darkness settled over the coast, a low-pressure system released its energy. Blasts of wind hitting speeds of one hundred kilometres an hour funnelled down through the crevices and outwash valleys toward the Gulf of Saint Lawrence, picking up speed as the cold air fell to the sea.

Most of the fishing boats based in the numerous small communities along the northwest shore had made their way home, but a medium-sized crab boat, the Highlander, was still twenty kilometres back from its berth at Pleasant Bay. The sturdy Cape Islander continued to plow through the chop, sending spray up and over its small cabin. The southeaster screamed overhead, ripping foam and spray into the blackness.

Gerald Moores had a stranglehold on the steering wheel, his knuckles white as he peered into the pitch black, trying to distinguish open water from rocky headland. On the back deck, Gerald’s cousin, John Donald, was encased in heavy raingear and struggling to shift the fishing gear forward.

Gerald reckoned they were almost through the worst of it, having to stay well offshore to avoid the sunkers along this stretch of the coast. Soon they would be past Fishing Cove and able to hug the cliffs, staying in the lee of MacKenzie Mountain.

“Shut her down,” John Donald yelled.

Gerald hesitated, not wanting to stop while they were still vulnerable, then reconsidered and pulled the throttle back, easing the diesel engine into neutral. He steered toward shore, seeking protection on the leeward side of Mackenzie Mountain.

John Donald stormed through the door, pushing Gerald away from the wheel.

“Shut the fucking thing down, I told you,” he yelled, turning off the ignition.

As the Highlander’s bow dropped into the calmer waters off Fishing Cove, John Donald let go of the wheel, allowing it to spin aimlessly as the boat lost momentum and drifted toward shore.

“Take it easy,” Gerald shouted. He moved toward John Donald but the wild look in John Donald’s eyes told him to lay back. They had recently gone head to head and he was not keen on repeating the ordeal.

“Go and get him,” said John Donald, motioning to the forecastle.

“What are you going to do?” said Gerald.

Reluctantly Gerald made his way down the ladder into the forward sleeping quarters, returning moments later pushing a small man back up the steps into the main cabin, where John Donald was seated at the table, appearing to ponder the intricate detail of the soundings marked on the navigation chart spread out in front of him.

Wearing a dark leather jacket and torn jeans, the man’s face was swollen and bruised with a smear of dried blood creasing down his right cheek. A small coin dangled from a gold chain around his neck.

“What are going to do with me?” he stammered, barely able to raise his head to meet John Donald’s steely eyes.

The dim light over the chart table aggravated the scowl brewing on John Donald’s face but for the moment he was silent.

“I’m not sure Jimmy. I’m not sure,” said John Donald. “You’re almost like family to us but you kind of fucked up this time.”

“No more than you guys,” said Jimmy. “Gerald said as much …”

“Shut the fuck up Jimmy,” said Gerald. “If you know what’s good for you.”

Jimmy lowered his head slightly, glanced at Gerald and heaved a sigh.

“Shut the fuck up,” said John Donald, the veins in his neck bulging, a cold sweat beading down his brow. Without warning he pushed the pencil and dividers to the side of the table and made a wild swing at Jimmy, striking him on the bridge of the nose. Getting up from the table, he swung again, striking Jimmy on the temple. Jimmy crumpled to the cabin floor.

Gerald was leaning back against the opposite wall, off balance. He started to right himself, but before he could intervene, John Donald shoved him to the floor and towered over him.

“Don’t move your fucking lips,” he screamed at Gerald, who was starting to shake uncontrollably. “Jimmy has had it coming so let’s finish this thing off.”

“What do you mean?” Gerald questioned.

“I mean finish him off. He’s done,” John Donald scowled.

“But we need him,” Gerald pleaded.

“Fuck him. We’re better off without him. Now give me a hand!”

“But what are we going to do with him? Everyone will know something’s up when we take him back to town.”

“He isn’t going back to town.”

Jimmy’s breathing was heavy as crimson blood pooled around his head.

Gerald obeyed as John Donald reached under Jimmy’s shoulders and lifted. Straining under the deadweight, they half-dragged Jimmy onto the afterdeck, his blood staining the grey paint on the floorboards. They propped Jimmy up against the hull as he started to regain consciousness. Quickly, John Donald retrieved a piece of heavy cable from the rope locker and began to wrap it tightly around Jimmy’s upper body.

Sensing what was happening, Jimmy began to panic and desperately tried to free himself, the focused power welling up inside like a drowning victim’s last efforts. As John Donald towered over him, he lashed out with a powerful kick, catching John Donald in the shins and sending him crashing against the side of the boat. The force almost catapulted John Donald into the sea, but at the last second he managed to thrust out his hand, grab a stanchion and hang on.

For an instant, Gerald contemplated making a move but hesitated long enough for John Donald to cross the boat and send a pulverizing kick into Jimmy’s face.

“Give me a fucking hand,” John Donald screamed at Gerald as Jimmy’s eyes rolled back in his head.

Gerald obeyed, pulling Jimmy’s shoulders away from the hull as John Donald completed wrapping the cable.

“Up and over,” John Donald shouted at Gerald, not wanting to lose the momentum, not wanting rationality to cast the hate aside long enough to cause some hesitation, some rethinking of what he was about to do.

How could this be happening? He had been John Donald’s right-hand man for so long, but wanted no complicity in a man’s murder. Jimmy was like a brother to them for Christ’s sake. What had brought all this about?

Without warning, John Donald suddenly smacked Gerald across the face, bringing him back to the job at hand.

“Up and over,” John Donald yelled, the echo resounding against the distant shoreline.

Together they lifted Jimmy onto the side of the boat.

John Donald stopped and stared into Jimmy’s face. Only a few years separated them in age, yet Jimmy looked so much younger. He had been like a brother. They had shared most of their early childhood until Jimmy dropped out of school, tired of taking his step-dad’s beatings, left home and headed to the mainland. John Donald was left behind to do all the work and fend off his old man as best he could. He was glad to see Jimmy come back when things had turned sour for him on the mainland. But he was still a little jealous that Jimmy had managed to get away, at least for a while.

John Donald grabbed Jimmy as the boat rocked with the groundswell. He braced his knees against the hull of the Highlander, holding him tightly.

For a second, Gerald thought Jimmy had gotten through to John Donald, saw his cousin’s grip relax and the force of his chest against Jimmy lighten.

John Donald stared coldly into Jimmy’s eyes. “Not tonight,” he said, “not tonight.” Reaching for Jimmy’s throat, John Donald ripped the gold chain from his neck and held the coin aloft for him to see.
“This is the only thing that kept you alive this long,” he said. “You should have stayed on the mainland.”

With that, John Donald tossed the coin into the ocean.

Gerald saw what was about to happen and stepped forward as Jimmy wrestled with the weight of cable ensnaring his body. Grabbing John Donald’s arm with both hands, Gerald wrenched his cousin around to face him, leaving Jimmy balanced precariously on the side of the boat, still in John Donald’s vise-like grip.

John Donald’s eyes seemed clouded as if life itself had drained from them.

“No shit,” said Gerald. “Finished. I never signed up for this.”

John Donald was unflinching, his stare almost hypnotic as he turned to Jimmy then back again to Gerald. Slowly, Gerald could see a faint glimmer of light in his cousin’s face as John Donald reeled his other arm in, pulling Jimmy onto the deck of the boat.

“Tonight’s your lucky fucking night Jimmy,” said John Donald, prodding the smaller man with the toe of his boot. “Your lucky night.”

Not missing a beat, John Donald picked up the mop and slop pail leaning against the wheelhouse and started to wash the blood from the floorboards as Gerald moved to help Jimmy.

John Donald stepped in front of Gerald and motioned towards the cabin.

“He’s fine. Let’s get out of here,” he yelled, motioning to Gerald to get the Highlander running.

Gerald stood still, his eyes closed to hold back the tears.

“Let’s get the fuck out of here,” John Donald reiterated.

Gerald turned quickly, staring coldly at his cousin, then went into the cabin and sat behind the wheel, his whole body shaking. He fumbled for the key, turned it, and the Highlander roared to life. Gripping the throttle and pushing forward with one hand, Gerald spun the wheel hard, turning the boat into open water.

Powerfully, the Highlander rose up and vanished into the storm.