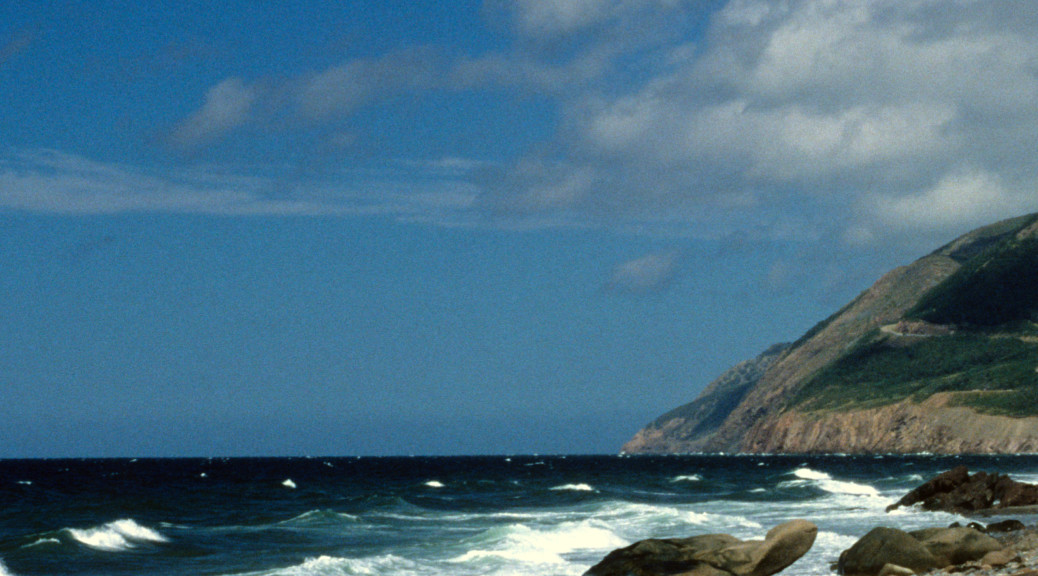 I’ve had a few things to say about the proposed Never Forgotten Memorial in Cape Breton Highlands National Park. I’ve even gone so far as to sign a letter to the Minister protesting the notion of building the memorial at Green Cove in the park. In my opinion it’s just not appropriate to cut away another piece of a national park for a memorial that could literally be built anywhere.

But I got called out about the letter and have to eat a little crow. I was asked (politely) to “man up”, and I will.

The letter focuses on the notion of building the Never Forgotten Memorial in an area zoned as Wilderness and also challenges the public consultation process.

But the proposed building site is not zoned as Wilderness, and despite its intent, much of the letter misses the mark.

As a signatory to the letter, I apologize for the error. I was wrong.

It’s important to check the facts.

As for the other aspect of the letter, the consultation process, one could argue until you’re blue in the face that there either was or wasn’t enough consultation.

That is less of an issue for me.

But I was wrong about saying the area is zoned as Wilderness.

It isn’t and never will be in our lifetimes, especially if we continue to develop our parks with structures such as “Mother Canada”.

You see, I still vehemently oppose building this memorial anywhere in Cape Breton Highlands National Park or in any national park for that matter and my reasoning is simply this.

It doesn’t belong there.

I could go on and on about this but my main argument is that our national parks already get millions of visitors every year. They are not ecological reserves and weren’t intended as such. But every day they are looking distinctly more different than the surrounding landscapes and the difference will become increasingly apparent as we continue to develop every inch of ground outside our of our national parks.

That makes decisions about what happens inside our parks even more important.

As we incrementally eat away at our parks with a new development here and another one there, we lose more of the qualities that were the reason why the parks were established in the first place. Adding something like this new memorial doesn’t help.

Thirty years ago, people here resisted even having a park established. Now they wish they’d done it sooner to prevent some of the development mistakes that were made in those same thirty years.

They are now trying to restore some of the pieces that were previously developed. But getting it back after it’s gone is a huge challenge for any national park. Not to mention incredibly expensive.

Even though Green Point was “blasted to make way for the Cabot Trail” as was pointed out to me, it doesn’t justify altering it any further. Each development cumulatively eats away not only at the physical park, but at the intent and spirit of what our national parks are meant to represent. It’s the age-old adage of “death by a thousand cuts” and if you look at national parks across the country, you will see it holds true.

As we add development and increase visitation, we lose some of the qualities that our national parks were established to protect – species of plants and animals, vistas, etc.

Globally, we are losing them on a regular basis.

And that’s a fact.

The proposed memorial is better suited to somewhere other than in a national park.

It can be built, pretty much anywhere.

A national park can’t be.